Voice Recording Apps : Back in the old days, a lot of people used to buy Voice Recorder tools to actually record their voice but with the incoming of technology and new Voice Recording apps being developed, those recording tools took a backseat.

Although you won’t find Voice Recording apps to be on the top of the App Store’s download charts but still they are quite useful for your iPhone. They can help you recording notes in a business meeting or help record your instant thoughts to review them later. Here are the best Recording Apps you can find for your iPhone: 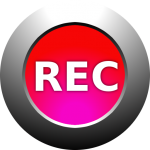 With a smartly designed interface and user-friendly functions, the Audio Recorder is among the top voice recording apps across the app store. Besides quick recording feature, this app also provides a number of other functionalities including quick email the recorded file, play the file in background, record voices for over hours and the ability to pause and resume recording any time you want. The files you have recorded will be of high quality and the app would also ask you the format in which the recording should be saved. 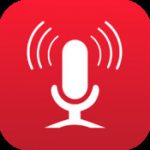 It’s always a great deal when you get two brilliant functions in the price of one. This app provides you the same by offering two great features in recorder and transcriber in the same app. It allows you to record an audio or importing a recording and order transcription of the recording. You can even activate the recording feature using your voice and you also get additional features such as adding tags, creating ringtones, stereo support and no recording time limits on the app. 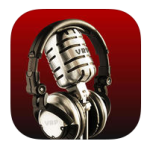 What makes this app truly distinguished from other apps on this list is its easy integration with Google Drive, Dropbox and Box Cloud for import and export of recorded files. You can also post your recorded clips easily across Facebook and YouTube from the app. Additionally, the app also allows you to add Notes and Photos to your recorded audio clips. 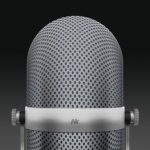 Another popular voice recording app, Awesome Voice Recorder allows you to save your audio files in a number of different formats in high quality. You can even record sounds in the background while using other apps on your iPhone.  Other important features of the app include stereo options, microphone compatibility and ability to quickly record files. 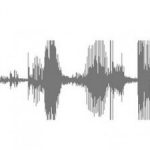 This app is among the most downloaded Voice Recording Tools and it is not difficult to understand why it is so after looking at the features provided by the app. This app contains functionalities such as instant dictation controls combined with precise voice activation. Also, you get the ability to rewind and overwrite your recorded files, barcode scanner, app background usage option and a number of quick sharing functions.