Tweetdeck is an application that interfaces with Twitter and provides a platform for checking timeline,organising multiple twitter accounts and much more. Many loved TweetDeck more than the offical Twitter application. And it was surprising when it was announced that  TweetDeck will not be available as a mobile app, it can still be used on laptop. If looking for another alternative, here are a few TweetDeck alternatives that can be considered:

HootSuite is a social media heaven which lets you link your networks and display your data from social media websites like Facebook, Twitter. You can choose up to 5 social media streams from a huge 35 social media networks. The beauty of HootSuite lies in the fact that you don’t need multiple apps for remaining active on your social media work. You can simply use this free and streamlined TweetDeck Alternatives to have fun! It is a free app available on iOS, Android and Blackberry.

Echofon is another useful TweetDeck alternative which can let you sync your tweets across devices. You can also set up a DND mode whenever you don’t want to be bothered. It is a free app available on both iOS and Android devices. 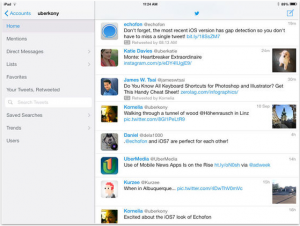 TweetCaster offers a fast and convenient UI through which users can post simultaneously to Facebook and twitter accounts. Users can also share their music or hide their tweets without unfollowing and filtered search results. 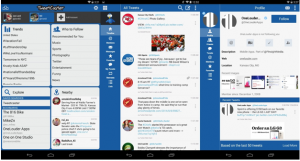 UberSocial offers a minimalistic and pleasant interface. It allows users to post on Twitter as well as Facebook at the same time. You can also tweet the song you are listening to and choose the features and tools you like the most. It is a cross platform app with support for iOS, Android and Blackberry. 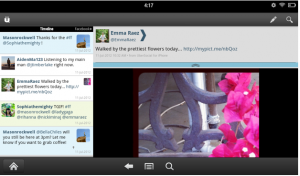 Plume is another awesome TweetDeck alternatives which allows users to customize the timeline, tweets or friends by color. It offers a feature called “Smart Reader” which allows users to follow conversations easily. There is a free and paid version for the Android app which also allows users to send messages and images. It also provides support for multiple twitter accounts, widget feature, live streaming, in app browser, geotagging and many other cool features. With plume you can access your multiple social media accounts in one page.  Or else you can just create Twitter lists to access your tech news, fashion advice etc. 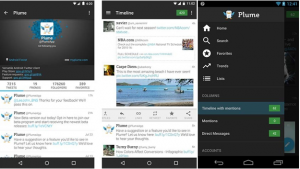 A variant of Plume for iOS devices like Apple Watch, iPad, iPhone offering similar functionality, Tweetbot offers a superb interface. The app features support for multiple accounts, buttons to navigate between timeline, messages. You can see the trending topics, save your searches; see tweets from people nearby you, view your tweet statistics, mentions and much more. 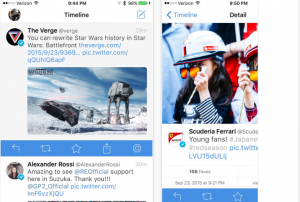 With TweetDeck app no more for mobile users, many people are looking for worthy contenders for the much beloved TweetDeck app. These are some of the best TweetDeck alternatives which you can try for handling your twitter accounts. Download any of the above and try out the new replacement for TweetDeck.