Pushbullet is a simple app which connects your smart phones to your computers. That is the main purpose. Sneakily over the years, this app has gotten a lot better, especially for Android users. It can also be run on Apple devices as well. So there was a time when to have this app on your smart devices was a must. Pushbullet recently announced a pro version for paid users. That was fine but omission of features from the free version is what troubles us. Hence to keep our options open, we look for similar alternatives.

AirDroid can really be considered the best Pushbullet alternative that you can have. With many attractive features this amazing app is not just a smartphone manager but in some aspects also surpasses Pushbullet. The function of this app is very much similar to Pushbullet if not better. It lets you to Install applications, answer and make calls, check notifications, check files, sync SMS and Whatsapp and more. Its Airmirror feature lets you to stream the interface of your Android device to your PC. It means that you can control your Android devices simply from the convenience of your PC. Though Airdroid lacks few feature such as sharing links and universal copy& paste but the other features fills this void. It has a paid plan, cheaper than Pushbullet. So if you are searching for some kind of app in different platforms that has almost same features as Pushbullet and something new, then this is your right bet. 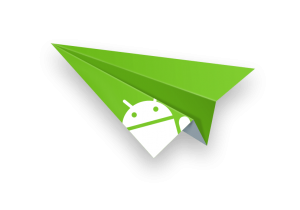 Available in Android and Chrome(Web), Pushline, as the name suggests is functionally also much similar to PushBullet. It has a mirroring option, which mirrors notifications in the PC but one can’t do much expect viewing and clearing those notifications. It cannot transfer file like Pushbullet but can does a lot other cool stuffs. Apart from the obvious sharing links, sending notes, managing calls and SMS it also has the feature to find your phone.  The best thing about this app is that it is absolutely free, and by all means: no adds, no in app purchases and no exclusive versions. But this app does not sync your contacts, SMS and Apps. Sometimes flaws remain in its notification function. But anyway, this app is worth a try. 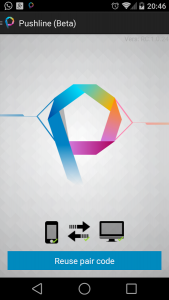 This app is as simple as the name suggests. Well, there is nothing much interesting about this app, apart from the fact that it pops your Android device’s notifications on your PC. It has an Android app and extensions at Chrome and Firefox. Though it mirrors your Android’s notifications, you can’t do much but just view them. Not a very favorable alternative to PushBullet. 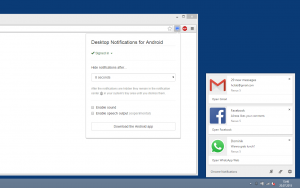 This is now a great alternative to Pushbullet. From the name you can guess that this app is mainly there to help you better your texting experience but truly does a lot more than that. It syncs your messages and you can send a limited number of messages in its free version from your PC. Available in app and web versions, the app lets you to truly let your phone be checked right from your PC. You can manage your phone’s Apps, check its battery life, ring it, sync messages, and send media files and many more. If you are not satisfied with its limited (500) no. of messages each month, give Yappy a try. 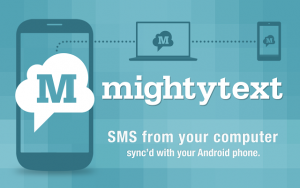