Best Linux Programming Text Editor: Programmers with seamlessly great programming skills love to keep it straight forward. They pick the best text editor and add plug-ins to make it better. Text editors with features like auto-tag completion, auto-indentation and auto detection of languages make them easy to use and help coders write better code. Text editors and IDEs are both desirable in their own ways. Let us have a look at the best programming text editors we have for you. 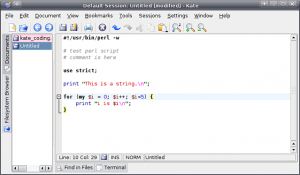 Kate is a versatile and very quick text editor with the capability to view multiple files simultaneously. It is the text editor which comes pre-installed with the Linux Distribution Kubuntu. It can be used as a simple text editor which has syntax highlighting, and many plugins like SQL, find and replace option, session support etc. It is one of a kind programming text editor and simple one of the best for Linux.

Vim is one of the most popular programming text editors which lead you to learn a lot of its features. It might be seen as a downside but once you learn it, your coding becomes lightening fast. It has a Command Line editor interface and most of the features are keyboard based. It is flexible as it can match up with any operating system and desktop environment using up minimal system resources. 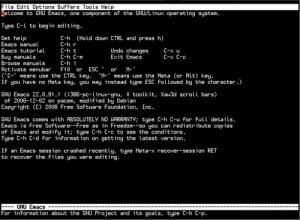 Emacs is quite similar to the Vim with a plethora of shortcuts at your disposal which makes it quite fast. It is available in both command line editor interface and a GUI. One of its most popular features is that it comes with a huge library of extensions which can be very handy in operations from reading files from your file system to reading your RSS feeds. It is quite competitive when compared with others. 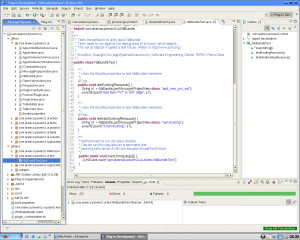 Eclipse is a fully developed IDE which doesn’t only serve as a text editor; it can compile your programs too. It has easier navigation when compared to its peers. It has features like refactoring, code completion, syntax checking, incremental compilation etc. Eclipse SDK is the free and open source and includes Java Development tools for Java Developers. It is a mature and well-designed product which has an open architecture with many plug-INS to make your coding easier.