iPhone 7 Keyboard Apps: Apple quite recently launched the newly-improved standard keyboard for their iPhone, QuickType. Another added incentive by the organization was the ability to install other third-party keyboards apps onto the devices from the app store. With a number of keyboard apps using Predictive text and auto correct functions which are more accurate than Apple’s standard keyboard, the iPhone users are spoilt for choice.

Most of these apps are available for less than $1 on the app store making the choice even more difficult. To ease your matters, here are the best Keyboard Apps available for your iPhone: 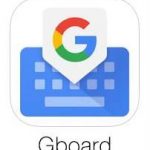 Following the lead of Microsoft, Google also recently launched its own version iOS keyboard, Gboard. One of the interesting features of the app is that you can easily do a Google search from the keyboard itself irrespective of the app you are currently using. Instead of regular Google Search Results, you will find a number of GIFs, addresses, Emoji and phone number as search returns. The ‘Glide Typing’ feature also allows the users to glide their fingers over keys to type their messages. 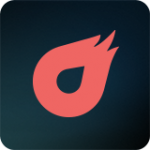 One of the most interesting Keyboard apps you will ever come across is the Microsoft Word Flow. Besides providing the regular features such as predictive text and autocorrect functions, the one function which instantly grabs our attention was the one-hand typing mode. This feature creates a circular keyboard on the screen which makes it easier to type using one hand only. 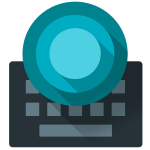 The Flesky keyboard app provides you with a number of customization and extension option which might come in handy for your keyboard. This app offers a number of colorful themes and extensions to get more out of the app. These extensions are available for GIFs, stickers, and emoji. Also, the gesture support feature makes typing on this keyboard easier than on other apps. Available as a free app on the iOS App Store, the only drawback we could find about the app was the lack of suggestions bar. 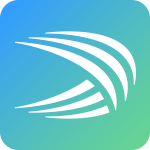 One of the most popular third-party keyboard apps present out there is the SwiftKey Keyboard App. With a suggestion bar so accurate, even the standard iOS Keyboard takes cues from the SwiftKey. Although the app is quite similar to the standard keyboard, the slide and type feature on the SwiftKey makes it as a preference for iOS users. 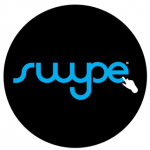 Swype is an altogether different app than most other conventional iOS Keyboards out there. Instead of typing the words, you have swipe the alphabets in order to type in the word on your keyboard. This app also provides a number of options to includes letters and symbols symbolizing foreign accents also. With a 3×3 grid to type in the numbers, Swype is one of the most popular apps on the App store, costing only 79p.